Tunnelling: How is a drill head assembled? 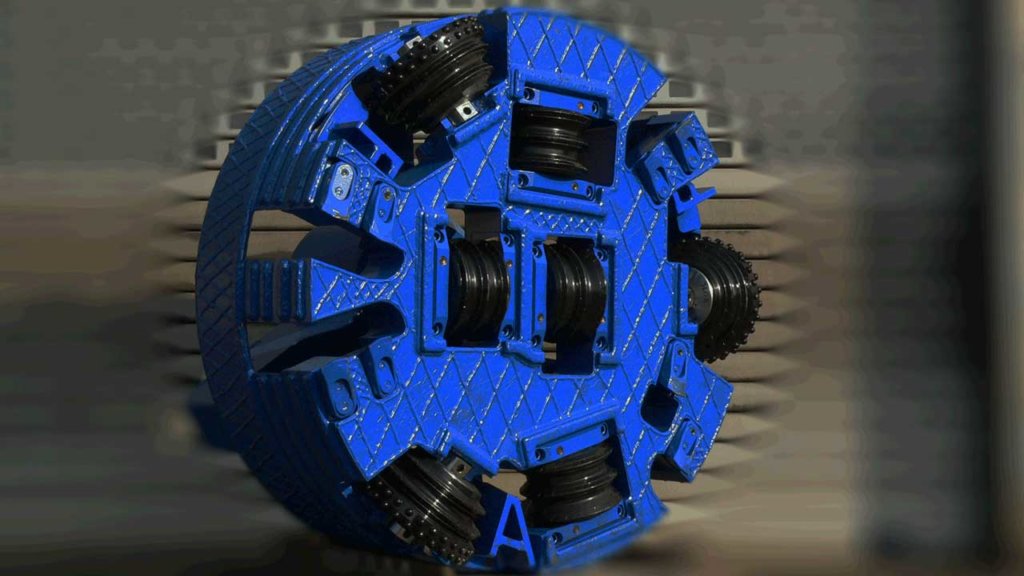 Depending on the geological conditions, various methods can be used today to build a tunnel. One widespread method is the drilling of the tunnel tube using a tunnel boring machine.

What is a tunnel drilling machine?

A tunnel boring machine (TBM) is a machine used to drive tunnels. TBMs can drill through a wide range of ground conditions, from hard rock to sand. In order to build a tunnel as quickly and efficiently as possible, a tunnel boring machine can line the tunnel with curved concrete segments while it is still drilling – i.e. while the advance is still in progress. Drilling and lining are thus done in one step, so to speak.

Every modern tunnel boring machine is equipped with a high-precision navigation system, which ensures that the machine digs exactly along the tunnel alignment, so there is no getting lost in the alignment.

Tunnel boring machines are manned 24 hours a day, 7 days a week, and are monitored accordingly. They are fully equipped with office, kitchen and toilets.

What components does a tunnel boring machine consist of?

The tunnel boring machine can be up to 200 m long and weigh up to 4,000 tonnes. It usually consists of the following components:

The drill head: The heart of the tunnel boring machine

By far the most important part of a tunnel boring machine is the boring head. This has a diameter of up to 20 metres and usually consists of a tool carrier fitted with rotating roller tools. These transport the excavated rock to the back. In the rear part of the drill head there are various supply and auxiliary devices, which can have a length of up to 200 metres for large drilling diameters.

Tunnel boring machines are always designed as full-face machines. In contrast to roadheaders, they thus intervene in the entire tunnel cross-section in every work step and remove the corresponding material. For this purpose, the drill head must be designed accordingly.

The drilling head transports the excavated material to the rear. For this purpose, conveyor belts are usually coupled to the machine in order to quickly transport away the overburden produced during mining. In addition, a construction train can be connected to the rear part of the drill head in order to transport prefabricated concrete parts for the tunnel to be built afterwards and to install them in one work step after the material has been removed.

If the tunnel is not to be lined with precast concrete elements, it is possible to bring in special spiked concrete via conveyor belts or concrete mixer trucks and then process it directly on site on the tunnel walls. 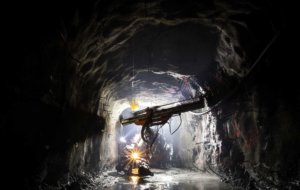 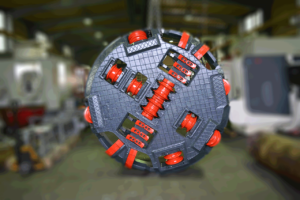 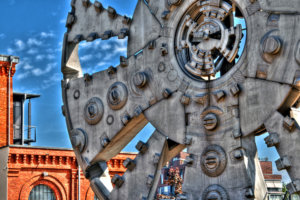